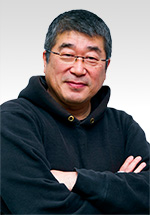 Kenji Isezaki runs the Department of Peace and Conflict Studies, and Global Campus programme at Tokyo University of Foreign Studies in Japan. He has served in several United Nations peacekeeping missions and when Japan became the lead country for the disarmament, demobilization and reintegration (DDR) programme for Afghanistan security sector reform (SSR), he directed DDR with the support of the UN Assistance Mission in Afghanistan and successfully disarmed 60,000 soldiers of the former Afghan military forces in two years. He has also served as the chief of DDR Coordination Section for the United Nations Mission in Sierra Leone (UNAMSIL); UN-appointed governor of Cova Lima for the United Nations Transitional Administration in East Timor (UNTAET); and representative of the Japanese government to the DDR special committee by the Department of Peacekeeping Operations at United Nations Secretariat in New York. Apart from teaching, he currently serves as the Vice-President of the Association for Aid and Relief, a Japanese NGO which works in 14 post- and in-conflict countries, and also enjoys supports from Japanese imperial family.