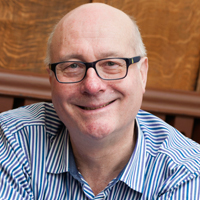 Bob Garvey Managing Partner, The Lio Partnership, a coaching and mentoring consultancy in the UK

Bob Garvey works with a variety of people, either one-to-one or in groups. He is an internationally known keynote conference speaker, thought leader, educator and prolific writer. Bob is an honorary board member of the International Mentoring Association (IMA) and founding member of the EMCC (European Mentoring and Coaching Council). In 2014, the trade magazine, ‘Coaching at Work’ awarded him a ‘Lifetime Achievement Award’ for services to mentoring and in 2018, he was ‘Highly Commended’ as an external coach/mentor also by ‘Coaching at Work’ magazine.  Bob is obsessed with coaching and mentoring!