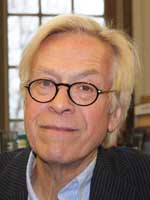 Bryan S. Turner is one of the world’s leading sociologists of religion; he has also devoted significant attention to sociological theory, the study of human rights, and the sociology of the body. In Vulnerability and Human Rights (Pennsylvania State University Press, 2006), he presents an interdisciplinary dialogue with the literature of economics, law, medicine, philosophy, political science, and religion. His current research involves the role of religion in contemporary Asia and the changing nature of citizenship in a globalizing world. Turner has written, coauthored, or edited more than seventy books and more than two hundred articles and chapters. The Body and Society: Explorations in Social Theory (Sage, 2008), first published in 1984, is in its third edition. He is also an author or editor of The Cambridge Dictionary of Sociology, The Blackwell Companion to Social Theory, and The Sage Handbook of Sociology. He is a founding editor of the journals Body & Society, Citizenship Studies, and Journal of Classical Sociology. Turner comes to the GC from Wellesley College, where he was Alona Evans Distinguished Visiting Professor; he is also professor of social and political thought at the University of Western Sydney, Australia. He holds a Ph.D. from the University of Leeds and has been awarded the Doctor of Letters from both Flinders University in South Australia and the University of Cambridge.
Secularization
Globalization East and West
The Body and Society
The SAGE Handbook of Sociology
Handbook of Citizenship Studies
Profiles in Contemporary Social Theory
Society and Culture
Classical Sociology
Medical Power and Social Knowledge
Citizenship and Social Theory
Religion and Social Theory
Talcott Parsons
The Body