Carol A. Chapelle is Distinguished Professor of Liberal Arts and Sciences at Iowa State University, where she teaches courses in second language acquisition and assessment including a course on argument-based validity. She has over 30 years of experience working on research and development in testing and assessment for English as a second language including supervision of Ph.D. dissertation research, participation in test development projects, and advisory service for commercial, non-profit, and government projects in testing.

Throughout her research and practice in language testing, she has explored the evolving methodological guidance for conducting validation research.  She was led to the nascent concepts of argument-based validation in the early writing of Michael Kane while working on a project to summarize the validation research for the Test of English as a Foreign Language (TOEFL iBTTM).  The team cultivated Kane’s concepts into a validity argument that succeeded in providing a means for encompassing multiple types of qualitative and quantitative data within a coherent framework showing the connections across test development, test performance and the uses of the scores.  The result was a book presenting the validity argument for the TOEFL iBT, Building a Validity Argument for the Test of English as a Foreign Language (Chapelle, Enright, & Jamieson, 2008), which remains a rare example of a validity argument in use for other researchers.

Argument-Based Validation in Testing and Assessment 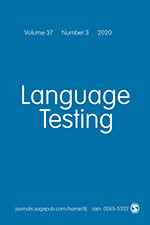