Cary L. Cooper is the 50th Anniversary Professor of Organizational Psychology and Health at the Alliance Manchester Business School, University of Manchester. He is a founding President of the British Academy of Management, Immediate Past President of the Chartered Institute of Personnel and Development (CIPD), former President of RELATE and President of the Institute of Welfare.  He was the Founding Editor of the Journal of Organizational Behavior, former Editor of the scholarly journal Stress and Health and is the Editor-in-Chief of the Wiley-Blackwell Encyclopaedia of Management, now in its’ 3rd Edition. He has been an advisor to the World Health Organisation, ILO, and EU in the field of occupational health and wellbeing, was Chair of the Global Agenda Council on Chronic Disease of the World Economic Forum (2009-2010) (then served for 5 years on the Global Agenda Council for mental health of the WEF) and was Chair of the Academy of Social Sciences 2009-2015. He was Chair of the Sunningdale Institute in the Cabinet Office and National School of Government 2005-2010. Professor Cooper is currently the Chair of the National Forum for Health & Wellbeing at Work (comprised of 40 global companies eg BP, Microsoft, NHS Executive, UK government (wellbeing lead) , Rolls Royce, John Lewis Partnership, etc>). Professor Cooper is the author/editor of over 250 books in the field of occupational health psychology, workplace wellbeing, women at work and occupational stress.  He was awarded the CBE by the Queen in for his contributions to occupational health; and in 2014 he was awarded a Knighthood for his contribution to the social sciences. 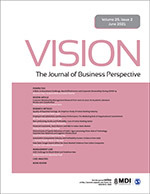