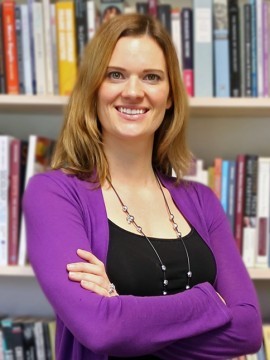 Catherine Corrigall-Brown The University of British Columbia, Vancouver, BC, Canada

Catherine Corrigall-Brown is an Associate Professor of Sociology at the University of British Columbia in Vancouver.  Her research focuses on social movements and protest, particularly examining what keeps individuals involved in activism over time, framing, and identity.  She is the author of 4 books, including her first book Patterns of Protest, published with Stanford University Press.  She has also published more than 42 articles, book chapters, and review essays.  These works have appeared in journals such as Social Forces, Mobilization, the American Behavioral Scientist, the International Journal of Comparative Sociology, Sociological Perspectives, Social Movement Studies and the Canadian Review of Sociology. This research was funded by grants from the National Science Foundation (US) and the Social Sciences and Humanities Research Council (Canada). She has served as the Chair of the Peace, War, and Social Conflict section of the American Sociological Association and on the council of the Collective Action and Social Movement Section of the American Sociological Association. She is currently a deputy editor of Mobilization, the premiere social movements journal, and on the editorial board of Sociological Compass. She was awarded the Killam Faculty Teaching Prize in 2017 and received the Early Investigator Award for best early career scholar from the Canadian Sociological Association in 2013.
Imagining Society