Chris Shilling is Professor of Sociology in SSPSSR at the University of Kent at Canterbury, UK. Having completed a BA in Politics and an MA in Social and Political Thought at the University of Sussex, he was awarded his PhD in the Sociology of Education at The Open University. Growing increasingly dissatisfied with cognitive conceptions of agency and disembodied theories of social and cultural processes, his research and writing from the late 1980s has sought to contribute to the embodiment of sociology and sociological theory and to promote the interdisciplinary field of 'body studies.' He has lectured widely in Europe and North America, has written on embodiment in relation to a wide range of substantive issues (from religion, archaeology, sport, music and health and illness, to work, survival, technology and consumer culture) and his publicationshave been translated into a number of different languages. Chris Shilling's major books include Changing Bodies: Habit, Crisis and Creativity (Sage, 2008), Embodying Sociology: Retrospect, Progress and Prospects (editor, Blackwells, 2007), The Body in Culture, Technology and Society (Sage, 2005) and, with Philip A. Mellor, The Sociological Ambition (Sage, 2001) and Re-forming the Body. Religion, Community and Modernity (Sage, 1997). He is currently editor of The Sociological Review Monograph Series and is continuing to research and write on embodiment as a foundational grounding for social thought and social research.
Sociology of the Sacred
The Body and Social Theory
Changing Bodies
The Body in Culture, Technology and Society
The Sociological Ambition
Re-forming the Body 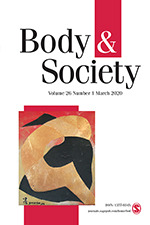