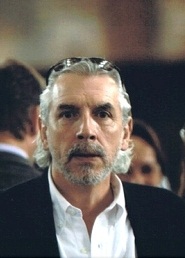 (Ph.D. & M.A., University of Waterloo; B.A., Wilfrid Laurier University) teaches and conducts research in the areas of argumentation theory, ethics, and ancient philosophy. Since 2000, he's been an editor of the journal Informal Logic: Reasoning and Argumentation in Theory and Practice, and he presently sits on the editorial board of Controversia. He is the author of Acts of Arguing: A Rhetorical Model of Argument (SUNY Press, 1999), co-author of Good Reasoning Matters, Third Edition (Oxford University Press, 2004), and co-editor of Argumentation and Its Applications (forthcoming CD-Rom) and two other CD-ROMs, Argumentation at the Century's Turn and Argumentation and Rhetoric. Recent work of his has appeared in the following journals: Argumentation; Informal Logic; ProtoSociology; Social Theory and Practice. In addition to teaching at Trent University, in 2001-2002 he was a research fellow at the Centre for Interdisciplinary Research), Bielefeld, Germany.
Rhetorical Argumentation