Daniel Chirot is the Job and Gertrud Tamaki Professor of International Studies and of Sociology at the University of Washington in Seattle. His most recent book is called Contested Identities: Ethnic, Religious, and Nationalist Conflicts in Today’s World and was recently published by Routledge. He is the author of Modern Tyrants, published by Princeton University Press, and the co-author, with Clark McCauley, of Why Not Kill Them All? The Logic and Prevention of Mass Political Murder, also published by Princeton. He has written several books about global social change and has authored as well as edited other books about economic history, ethnic conflict, and international politics. Chirot has served as a consultant for various foundations and NGOS working in Eastern Europe and West Africa. His research and writing has been helped by grants from, among others, the United States Institute of Peace, the John Simon Guggenheim Foundation, and the Andrew W. Mellon Foundation. He has a BA from Harvard University in Social Studies and a PhD in Sociology from Columbia University.
How Societies Change 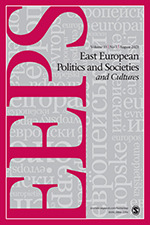