Professor Dawn Freshwater became Vice-Chancellor of The University of Western Australia (UWA) in January 2017 having previously served for three years as UWA’s Senior Deputy Vice-Chancellor (SDVC) and Registrar, and as Acting Vice-Chancellor in late 2016. In the role of SDVC, she led the design and implementation of a modernised academic structure, with the aim of optimising world class research, and further cultivating its exceptional educational outcomes and student experience. As Vice-Chancellor, Professor Freshwater continues to lead UWA through this significant new phase of growth and reform.
Born in England, Professor Freshwater was awarded her PhD at the University of Nottingham in 1998. She is a highly experienced and driven supporter of translational research and research-led teaching. Her contribution to the fields of Public Health (specifically Mental Health and Forensic Mental Health) and in researching Leadership practices won her the highest honour in her field - the Fellowship of the Royal College of Nursing (FRCN). In 2016, she was invited to act as Chair of the Institutional Research Review Panel (IRRP) for Research Assessment and Impact Case Measurement in Ireland. Prior to this she was a panel member for the Higher Education Funding Council for England (HEFCE) 2014 Research Excellence Framework (REF) (UK), the first full research assessment using impact measures to assess the quality of research in UK higher education institutions.
Dawn is a Director of Go8, member of Chief Executive Women, Board Director of PerthUSAsia Centre, member of the Partnership Board member of the World University Network (WUN), Board Vice-Chair of the Matariki Network of Universities (MNU), Board Director of Harry Perkins Institute, Vice-Chair of the Australian Higher Education Industrial Association (AHEIA) and a Governor of the Forrest Research Foundation.
Professor Freshwater has been the recipient of numerous awards, as well as nominations for Woman of Achievement and Women of the Year Awards. 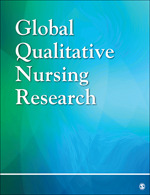