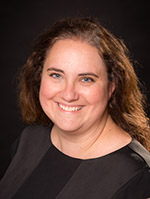 Diane Thembekile Levine (BA [QTS], MRes, MA, PhD) is Deputy Director of the Leicester Institute for Advanced Studies, University of Leicester. She began her career as a primary school teacher, before spending many years working in public service as a commissioner, translator and senior manager of an evidence function in national government. Di’s research interests focus on interdisciplinary approaches to understanding the ways – including digitally-mediated ways – children and young people develop their resilience pathways. In particular, she works with collaborators in South Africa and Kenya to raise the voices of under-represented young people in majority world contexts in research and practice. Di has published both in academic journals and as co-author of Oxford University Press’ best-selling textbooks on computing for 4-14-year olds.