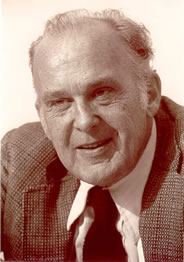 He was University Professor of Social Relations, Psychology, and Education at Lehigh University until he retired in 1994. Campbell received his A.B. and Ph.D. from the University of California at Berkeley, and he held teaching positions at Northwestern University, Syracuse University, University of Chicago, and Ohio State University. During his career, he also lectured at Oxford, Harvard, and Yale Universities.

He served as president of the American Psychological Association and was a member of the National Academy of Sciences. Campbell received numerous honorary degrees and awards. He wrote more than 235 articles in the areas of social psychology, sociology, anthropology, education, and philosophy, covering a broad scope of topics from social science methodology to philosophy of science.

The Campbell Prize honors this aspiration for excellence. The prize of $500 is awarded for social science papers of high quality, methodological originality, and societal significance, as embodied in the work of the late Donald T. Campbell.