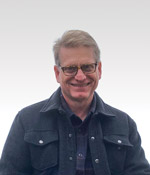 Douglas S. Reed is a Professor of Government at Georgetown University, where he is the founding director of the MA Program in Educational Transformation. His research interests center on the politics of education, educational policymaking, federalism, and judicial politics. His current work focuses on legal notions of race, equality, and colorblindness and how educational policy can improve student outcomes by directly addressing the racial contexts and experiences of students.

He has been a fellow at the Woodrow Wilson International Center for Scholars, an Advanced Studies Fellow at Brown University, and was named a Carnegie Scholar by the Carnegie Corporation as well as a National Academy of Education/Spencer Foundation Post-Doctoral Fellow. He earned his PhD from Yale University.

Getting Into Good Trouble at School