Fiona Brookman is Professor of Criminology at the University of South Wales, UK. She obtained her PhD from Cardiff University in 2000 and has, since then, researched and published mainly in the fields of homicide, violence and policing.  Using qualitative research methods, her research focuses on the causes of homicide and violence, narratives of violence and the investigation and prevention of homicide. She has extensive experience of conducting in-depth interviews with violent offenders, detectives and forensic scientists, and of shadowing homicide detectives (in Britain and America).  She recently completely a four-year ethnographic study of the role of science and technology in British homicide investigations, funded by the Leverhulme Trust.
Fiona is Director of the Criminal Investigation Research Network (CIRN) and was Visiting Professor at American University, Washington DC in 2012. She advises the Home Office on serious violence policy and is a member of the National Police Chiefs’ Council Transforming Digital Forensics Working Group.
Fiona has over 70 publications including research papers in international journals and numerous chapters in edited collections, including The Oxford Handbook of Offender Decision Making (Oxford: 2017), Ethnography in Criminology (Springer: 2017), the Oxford Handbook of Criminology (Oxford: 2012), In Their Own Words (Oxford: 2013), Narrative Criminology (New York: 2015) and The Handbook of Qualitative Criminology (Routledge: 2015).  She edited, with Mike Maguire and Ed Maguire, the Handbook of Homicide (Wiley: 2017).
Understanding Homicide
Understanding Homicide 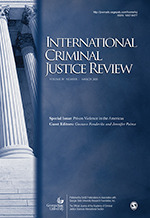