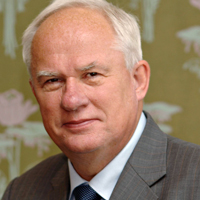 Geir Lundestad was born in 1945. He was professor of history and American Civilization at the University of Tromsø from 1974 to 1990. He has held fellowships at Harvard University (1978–79, 1983) and the Woodrow Wilson Center in Washington, DC (1988–89).
Since 1990 Lundestad has been director of the Norwegian Nobel Institute and permanent secretary of the Norwegian Nobel Committee. The Committe awards the Nobel Peace Prize. Since 1991 he has also been adjunct professor of international history at the University of Oslo.
Lundestad has written numerous books and articles on the Cold War and on transatlantic relations. His most recent books are The Rise & Decline of the American ‘Empire’. Power and its Limits in Comparative Perspective (Oxford: Oxford University Press, 2012) and, edited, International Relations Since the End of the Cold War. New & Old Dimensions (Oxford: Oxford University Press, 2013).