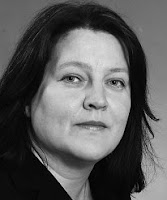 Helmi Järviluoma-Mäkelä is Professor and Head of Cultural Studies at the University of Eastern Finland, and Docent (Adjunct Professor) at the University of Turku. She is a recognized specialist in studying the changing European soundscapes. During her research career she (author name Järviluoma) has published 139 international and national refereed articles, books, chapters and other publications, among others the results of the large international follow-up project Acoustic Environments in Change (2009) and the widely used textbook Gender and Qualitative Methods (Sage 2003; also SageRM Online 2010). Her whole publication career has been permeated by a strong interest in research methodology, the history of disciplines, interdisciplinarity, and gender. She is the General Secretary of the International Association for the Study of Popular Music and the President of the Finnish Society for Cultural Studies. She participates in the editorial boards of four international journals, and is a steering board member of the Nordic Network on Researching Music Censorship (NORDFORSK 2010-2013. She has intensively been involved in bridging the gulf of theory and  practice in the participatory music ethnography project Becoming Audible! and its outcomes.
Gender and Qualitative Methods