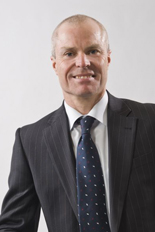 Ian Palmer commenced at RMIT University in January 2009 holding the roles of Deputy PVC Business (Research) in the College of Business, and Dean, School of Graduate Research, Research and Innovation. Prior to coming to RMIT, in 1999 Ian was appointed Professor of Management, UTS and from 2002 – 2008 occupied the role of Associate Dean (Research), Faculty of Business, UTS. Ian holds a PhD from Monash University and a Bachelor of Arts (Hons – 1) from the Australian National University (ANU). He has held visiting academic positions at the University of Virginia and Cornell University in the USA and at Macquarie GSM. Ian’s teaching, research and consulting are in the fields of organizational design and change. He and his research collaborators have gained $1.9m in research grants including 3 Australian Research Council (ARC) Large or Discovery Grants and 2 ARC Linkage grants - the current one with the Victorian Police and the Australian Crime Commission on flexible forms of organizing. He has published extensively including four books and some 37 refereed journal articles. He has extensive teaching experience, particularly at the MBA and Executive MBA level, both nationally and internationally. He has held a range of national and international leadership roles. Nationally, from 2000 – 2002 he held the roles of Vice-President, President and Immediate Past-President of the Australian and New Zealand Academy of Management (ANZAM). From 2004 – 2008 he was the foundation Chair of BARDsNET – the Business Academic Research Director’ s Network, which is jointly sponsored by ANZAM and by the Australian Business Deans Council (ABDC). In 2007 he was appointed by the Federal Government as Chair of the Research Quality Framework Panel 10 for Economics, Commerce and Management. Internationally, in 2004 – 2006 Ian was appointed to the Executive of the US Academy of Management’s Organizational Development and Change Division (ODC) as the International Representative. In 2008-2010 Ian was elected to the same Executive as the Representative-at-Large. In 2002 Ian was made a Fellow of ANZAM, and in 2007 he was appointed to Life Membership of ANZAM, one of only eleven awarded in the history of that organization.
Thinking about Management