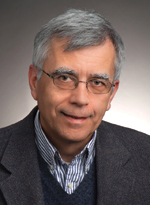 Jim Dillon has been an educator for over 35 years, including 20 years as a school administrator. While he was the principal of Lynnwood Elementary in New York, he developed the Peaceful School Bus Program, designed to prevent and reduce bullying, and subsequently published The Peaceful School Bus (Hazelden). The program is now being implemented in schools across the country.

Jim was named Principal of the Year in 2007 by the Greater Capital District Principal Center. He received recognition for administrative leadership for character education. In 2010, Lynnwood Elementary was recognized by NYS ASCD for Educating the Whole Child for the 21st Century. Jim was an invited participant and presenter at the first National Summit on Bullying Prevention sponsored by the US Department of Education in 2010 and is a certified Olweus bullying Prevention Program trainer.

Jim is currently an educational consultant for Measurement Incorporated. He makes presentations and conducts workshops on a variety of educational topics, including instruction, classroom management, leadership, and supervision. He has presented at many local, state and national conferences.

He has four grown children, Ernie, Tim, Brian and Hannah. He and his wife, Louisa, a school social worker, live in Niskayuna, NY.

“We had Jim out for a day of consulting. The participants were impressed with both Jim’s style and his knowledge and presentation of the content. Jim is a totally genuine and gracious guy to work with. We would be happy to recommend him.”