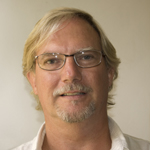 John Riber is an independent filmmaker and Founder–Director of the Media for Development Trust, currently based in Dar-es-Salaam, Tanzania. He has extensive experience of film-making in various countries of Asia and Africa. In the capacity of a communications consultant, Riber has designed and run formal film, video, and radio training courses in Asia, Africa, and the United States of America. He has also conducted research and prepared reports on the film, video, and television sectors in the southern African region.

Communication for Behavior Change
Writing and Producing for Television and Film