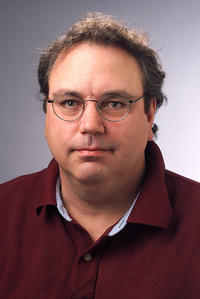 John T. Williams was Professor and Chair of the Department of Political Science at University of California, Riverside. He taught time series analysis at the Inter-university Consortium for Political and Social Research Summer Training Program for over ten years. His work uses statistical methods in the study of political economy and public policy. He co-authored two books: Compound Dilemmas: Democracy, Collective Action, and Superpower Rivalry (University of Michigan Press, 2001) and Public Policy Analysis: A Political Economy Approach (Houghton Mifflin, 2000). He published over twenty journal articles and book chapters on a wide range of topics, ranging from macroeconomic policy to defense spending to forest resource management. He was a leader in the application of new methods of statistical analysis to political science, especially the use of vector autoregression (VAR), Bayesian, and event count time series models. He received a B.A. (1979), an M.A. (1981) from North Texas State University, and a Ph.D. (1987) from the University of Minnesota. Before moving to Riverside in 2001, he held academic positions at the University of Illinois Chicago (1985-1990) and at Indiana University, Bloomington (1990-2001).
Multiple Time Series Models