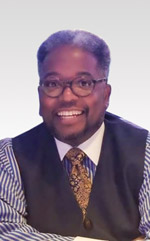 John W. Staley is currently the Coordinator of Special Projects in Baltimore County Public Schools, where his primary work involves supporting schools in the continuous improvement process. He earned his Bachelor of Science in Mathematics from the University of Maryland, College Park; Masters in Secondary Education from Temple University; Ph. D. from George Mason University in Mathematics Education Leadership.

Previously, John worked as a mathematics teacher and district leader for the past 30 years in private and public-school settings in Pennsylvania, Virginia, and Maryland. He has served as an Adjunct Professor at George Mason University, Loyola University, UMBC, and Morgan State University. During his career he has presented at state, national, and international conferences; served on many committees and tasks forces; facilitated workshops and professional development sessions on a variety of topics; received the Presidential Award for Excellence in Teaching Mathematics and Science; and served as President for NCSM (2015–2017), the mathematics education leadership organization. He is currently serving as the chair for the United States National Commission on Mathematics Instruction.