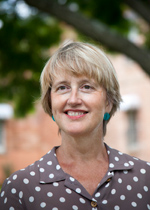 Kay Anderson is a part-time Professorial Research Fellow at the Institute for Culture and Society. She is a leading, internationally recognised scholar in the fields of Cultural Geography and race historiography. Her sole-author book, Race and the Crisis of Humanism (Routledge 2007) won the 2008 NSW Premier's Literary Award for Critical Writing and her award-winningVancouver's Chinatown: Racial Discourse in Canada 1875-1980(McGill-Queens UP 1991) is in its 5th edition. She is co-editor ofEnvironment: Critical Essays in Human Geography (Ashgate 2008) and the Handbook of Cultural Geography (Sage 2002). She is an editorial board member of various journals includingCultural Geographies, Geographical Research, and City, and section editor on ‘Cultural and Social Geography’ for theEncyclopedia of Human Geography (Elsevier 2009).
Handbook of Cultural Geography