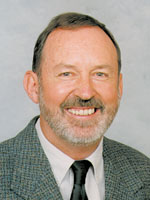 Ken O’Connor is an independent classroom assessment consultant with a special interest in grading and reporting. An internationally recognized speaker who has presented in 47 states in the United States, 9 provinces and one territory in Canada, and 24 other countries, he has also consulted for schools, districts, and state and provincial departments of education. He had 23 years of classroom experience from grade 7 to grade 12, and 10 years of experience as a curriculum coordinator for a large school district. Ken was born in Melbourne, Australia, but has lived most of his life in the east end of Toronto, Canada.

His major extra-curricular interest is field hockey, as a player, umpire and coach. As a coach, three of his players went on to represent Canada in the Olympics. He also umpired at the 1984 Olympic Games and the 1990 World Cup.

How to Grade for Learning