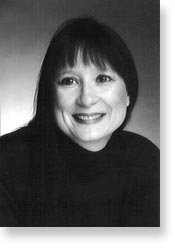 Maria P. P. Root, Ph.D., born in Manila, Philippines, grew up in Los Angeles, California. She graduated from the University of California at Riverside in 1977 with degrees in Psychology and Sociology. She subsequently attended Claremont University in Claremont, California receiving her Master’s degree in Cognitive Psychology in 1979. She completed her Ph.D. in Clinical Psychology at the University of Washington in Seattle in 1983 with an emphasis in minority mental health. Dr. Root resides in Seattle, Washington where she is an independent scholar and clinical psychologist. She has been in practice for over 20 years. Her general practice focuses on adult and adolescent treatment therapy, which includes working with families and couples. Dr. Root’s working areas of knowledge are broad with emphasis on culturally competent practice, life transition issues, trauma, ethnic and racial identity, workplace stress and harassment, and disordered eating. In the early 1980s, she established a group treatment program for bulimia that grew out of her dissertation work. Subsequently, she trained other professionals to recognize and treat people with a range of disordered eating symptoms. She continues to treat people with eating disorders. Dr. Root’s practice also includes formal psychological evaluation. She works as a consultant to several law enforcement departments. She also works as an expert witness in forensic settings performing evaluations and offering expert testimony in matters that require cultural competence and/or knowledge of racism or ethnocentrism. Dr. Root is a trainer, educator, and public speaker on the topics of multiracial families, multiracial identity, cultural competence, trauma, work place harassment, and disordered eating. She has provided lectures and training in New Zealand, England, the Netherlands, Canada, and the United States for major universities, professional organizations, grassroots community groups, and student organizations. Dr. Root’s publications cover the areas of trauma, cultural assessment, multiracial identity, feminist therapy, and eating disorders. One of the leading authorities in the field of racial and ethnic identity, Dr. Root published the first contemporary volume on mixed race people, Racially Mixed People in America (1992). Including this book, she has edited two award-winning books on multiracial people and produced the foundational Bill of Rights for Racially Mixed People. The U.S. Census referred to these texts in their deliberations that resulted in an historic ‘check more than one’ format to the race question for the 2000 census. Dr. Root is past-President of the Washington State Psychological Association and the recipient of national and international awards from professional and community organizations.
Filipino Americans
The Multiracial Experience
Racially Mixed People in America