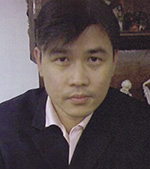 Mark David Chong is currently a Senior Lecturer in Criminology and Criminal Justice Studies as well as the Criminology Major Coordinator for the Bachelor of Arts programme at the College of Arts, Society and Education, James Cook University (JCU), Australia. He was also formerly the Director of Research Education for the School of Arts and Social Sciences, JCU, from 2012 to January 2015. In 2015, he was recognised for his ‘exceptional support for students with a disability’ through the university’s Inclusive Practice Award. He was thereafter invited by the Vice Chancellor and the Students Association to deliver JCU’s annual public ‘Last Lecture for 2015’, entitled ‘A Humanistic Approach to Educating our Next Generation of Crime Fighters’. He is also an external assessor (grant applications) for the Social Sciences and Humanities Research Council of Canada.

He graduated with a PhD in law from the University of Sydney, where he received his Law School’s Longworth Scholarship (2003), the Cooke, Cooke, Coghlan, Godfrey and Littlejohn Scholarship (2004), the Longworth Scholarship for Academic Merit (2006) and the Longworth Scholarship once again in 2007. He was initially trained as a criminal defence lawyer and later secured an LLM (Merit) in Criminology and Criminal Justice from Queen Mary, University of London. Thereafter, he was appointed as a Judicial Referee by the President of the Republic of Singapore on the recommendation of the Chief Justice to the Small Claims Tribunals’ bench. However, given his deep interest in criminal justice issues, Mark subsequently taught the Singapore Police Force and the Central Narcotics Bureau at Temasek Polytechnic, Singapore, under a joint academic programme with Queensland University of Technology, Australia. He was also an adjunct lecturer and tutor at SIM University, Singapore, where he designed a criminology subject specifically for students from the Singapore Police Force. Of late, Mark has begun to develop expertise in converging criminology and social work through the specialisation of criminal justice social work in India. In this regard, he has published works that pertain to human rights, mental illness and strengths-based practice.
Demystifying Criminal Justice Social Work in India