Meda Chesney-Lind is Professor of Women’s Studies at the University of Hawaii at Manoa. She holds a Ph.D. in Sociology from the University of Hawaii, and a B.A. Summa Cum Laude from Whitman College. She has served as Vice President of the American Society of Criminology and president of the Western Society of Criminology. Nationally recognized for her work on women and crime, her books include Girls, Delinquency and Juvenile Justice, The Female Offender: Girls, Women and Crime, Female Gangs in America, Invisible Punishment, Girls, Women and Crime, and Beyond Bad Girls: Gender Violence and Hype. She has just finished an edited collection on trends in girls’ violence, entitled Fighting for Girls: Critical Perspectives on Gender and Violence, published by SUNY Press. Dr. Chesney-Lind is a Fellow of the American Society of Criminology and the Western Society of Criminology. She has been on the Women’s Studies faculty at the University of Hawaii since 1986, and also serves on the graduate faculty in the Department of Sociology.

Chesney-Lind is an outspoken advocate for girls and women, particularly those who find their way into the criminal justice system. Her work on the problem of sexism in the treatment of girls in the juvenile justice system was partially responsible for the recent national attention devoted to services to girls in that system. More recently, she has worked hard to call attention to the soaring rate of women's imprisonment and the need to vigorously seek alternatives to women's incarceration.

In Hawaii, Chesney-Lind has served as Principal Investigator of a long standing project on Hawaii's youth gang problem funded by the State of Hawaii Office of Youth Services. She has more recently also received funding to conduct research on the unique problems of girl's at risk of becoming delinquent from the Office of Juvenile Justice and Delinquency Prevention. Finally, she has also recently been tapped by the Hawaii Department of Public Safety to serve on an advisory panel on the problems of women in prison in Hawaii. 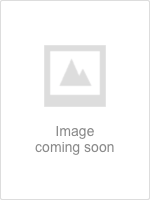 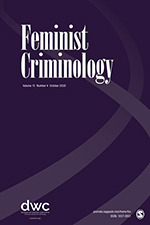