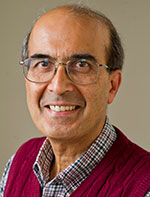 Pankaj Tandon is an associate professor of economics at Boston University. He received his PhD degree in economics from Harvard University in the year 1979. He is a graduate of St Stephen’s College and the Delhi School of Economics, where he was the gold medalist in 1973. He has been teaching at Boston University since 1978, where he has won two teaching awards. His main areas of interest are microeconomic theory, cost-benefit analysis, economics of public enterprise, economics of technological change, mathematical methods for economists, economic statistics, economics of information, international economics and economics of less developed countries. He co-authored The Welfare Consequences of Selling Public Enterprises: An Empirical Analysis (1994) and Selling Public Enterprises: A Cost-Benefit Methodology (1990). He has served as a consultant to the World Bank and the Asian Development Bank.
A Textbook of Microeconomic Theory