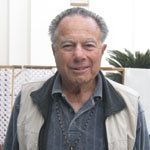 Paul Wallace (PhD, University of California, Berkeley) is Professor Emeritus of Political Science at the University of Missouri, Columbia. He has been a consultant on South Asia to a member of the US Senate Foreign Relations Committee, the US Attorney General’s Office, defense lawyers, and other agencies in North America and has received five Smithsonian-funded awards for national election studies in India. In September 2003, Professor Wallace served as the expert witness on Sikh violence at the Air India trial in Vancouver, Canada.