Rajesh Shukla is Director of NCAER–Center for Macro Consumer Research (NCAER–CMCR). He is a Statistician, who has specialised in sample survey and data analysis. He has been involved for over 15 years in primary and secondary data based socio-economic studies (baseline, impact evaluation and longitudinal) and has executed over 25 national level studies covering a range of topics such as household income, expenditure and saving; tourism, science and technology, public understanding of science, youth as human resource and energy.

He has worked as technical advisor to several reputed national and international institutions such as United Nations Committee on Tourism Statistics, WTO, Spain; McKinsey Global Institute, Washington; Government of Sultanate of Oman; Asian Development Bank, Manila; Yale Centre for Consumer Insight, and so on. He has been engaged in compiling, integrating and analysing GESIS longitudinal datasets of European Countries. He is part of the collaborative research on ‘Construction of Global Indicators of Science and Technology’ at the London School of Economics since 2002.

He has authored seven books, more than 25 research reports, a number of research papers and popular articles. Some of his distinctive publications include First India Science Report (NCAER, 2004–05), Domestic Tourism Survey (Ministry of Tourism and Culture, Government of India, 2002–03), Tourism Satellite of India (Ministry of Tourism, 2006), The Great Indian Middle Class (NCAER, 2005), The Great Indian Market (NCAER, 2004) and The Next Urban Frontier: Twenty Cities to Watch (NCAER, 2008).

How India Earns, Spends and Saves 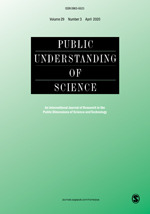