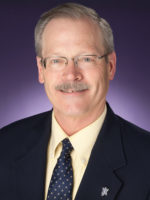 Ralph G. Carter is Piper Professor of Texas, Professor, and former Chair of the Department of Political Science at Texas Christian University. His areas of specialization include international relations and comparative foreign policy analysis, with a particular emphasis on the domestic sources of foreign policy. He is the author, coauthor, editor, or coeditor of eight books or monographs (including this one), as well as more than 50 articles, book chapters, review essays, and other professional publications. He has been an invited scholar to universities in the United States, Canada, and the United Kingdom. In addition to serving on the Executive Committee and chairing other committees of the International Studies Association, he also served as President of ISA’s Foreign Policy Analysis section, President of ISA’s Midwest region, Associate Editor of Foreign Policy Analysis, and on the editorial boards of Foreign Policy Analysis and International Studies Perspectives. He also served the American Political Science Association as a member of its Program Committee. In addition to over three dozen teaching awards and recognitions, in 2006 he became the first person from an undergraduate department to receive the Quincy Wright Distinguished Scholar Award from the International Studies Association-Midwest. In 2012, Princeton Review named him as one of The Best 300 Professors, and in 2013 the “Ralph G. Carter Excellence in Political Science” Scholarship was created at TCU. In 2014 he was named one of 10 Piper Professors of Texas and received the TCU Chancellor’s Award for Distinguished Achievement as a Creative Teacher and Scholar.