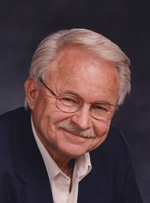 Robert J. Garmston is Emeritus Professor of Educational Administration at California State University, Sacramento. He is co-developer of Cognitive Coaching with Art Costa and co-developer of Adaptive Schools with Bruce Wellman. He has worked as an educational consultant and made presentations and conducted workshops for teachers, administrators, and staff developers on leadership, learning, and personal and organizational development in twenty-four countries on five continents. Formerly an administrator and teacher in Saudi Arabia and the United States, his work has been translated into Arabic, Dutch, Hebrew, Italian, and Spanish. Bob lives in El Dorado Hills, California, near his five children and five (bright and cute) grandchildren.