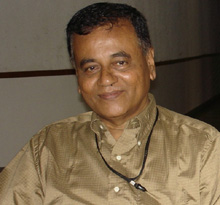 S. Murari started his career with The Indian Express and, after a 17-year stint in the paper, served as the deputy news editor in the Chennai and Bangalore editions. He joined the Deccan Herald in 1984 as special correspondent in Chennai covering Tamil Nadu. Over the next two decades, he made innumerable visits to Sri Lanka and interacted with both Sinhalese and Tamil leaders. He covered the ethnic conflict, the first round of peace talks between the LTTE and the Sri Lankan government, in Thailand, and covered all the elections from 1987 to 2010, including the last presidential election. During his stint at the Deccan Herald, he also covered several international events, including two SAARC summits, the Mumbai blasts of 1983 and has also visited Kashmir in 1994 at the height of the militancy to interview JKLF leader Yasin Malik. He retired in 2009 as the associate editor of Deccan Herald.