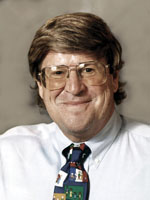 Terrence E. Deal is the Irving R. Melbo Professor at University of Southern California’s Rossier School. He is an internationally known lecturer and author who has written numerous books on leadership and organizations. In addition to those written with Lee Bolman, he is the coauthor of Corporate Cultures (with Alan Kennedy, 1982) and Shaping School Culture (with Kent Peterson, 1999).
Reframing the Path to School Leadership
Making Sense of Social Networks in Schools
Reviving the Soul of Teaching