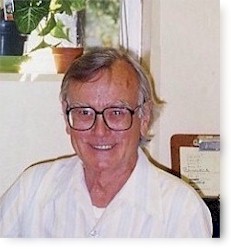 Dr. Parks is primarily interested in visual perception from a "militantly eclectic" point of view, but with a special interest in innate "intelligent" processes as they occur in various aspects of perception. His research for the past several years has primarily revolved around illusions including standard geometric examples, but most often illusory contours. He has secondary interests in iconic storage aperture viewing (the so called "Parks-Effect") and non-traditional instances of human memory phenomena (especially memory illusions).
Looking at Looking