Thierry Galli is a former student of Ecole Normale Supérieure of Saint-Cloud/Lyon. He received his BSc in Biochemistry at the University Pierre and Marie Curie, Paris, in 1988, and his PhD at the Collège de France and the University Pierre and Marie Curie, Paris, in 1992. He then moved to the USA to carry out postdoctoral research in Professor Pietro De Camilli's laboratory at Yale University School of Medicine. There he worked on the molecular mechanism of regulated and constitutive exocytosis. In 1995, he took his first research appointment at the French National Institute of Health (INSERM) and the Curie Institute in the laboratory of Professor Daniel Louvard, and in 2001 he was recruited as Research Director of the French National Institute of Health at the Fer-à-Moulin Institute, Paris. In 2005, he was appointed as a Group Leader at the Jacques Monod Institute, Paris. Since 2015, he is director of the Center of Psychiatry and Neurosciences.
His research focuses on the role of SNARE proteins in exocytosis mediating neuronal cell differentiation, with particular emphasis on the tetanus neurotoxin-sensitive routes, mediated by cellubrevin/VAMP3 and synaptobrevin/VAMP1,2, and the tetanus neurotoxin-insensitive routes mediated by TI-VAMP/VAMP7. His team further found a non-fusogenic role of a SNARE complex comprising ER Sec22b and plasma membrane Syntaxin 1 and is currently studying its function in neuronal development.

Thierry Galli was Editor-in-Chief of Biology of the Cell and is a member of the Factulty of 1000, and the Editorial Board of the Journal of Biological Chemistry and Contact. He is Director of the multi-agency thematic institute institute (ITMO) of Cell Biology, Development and Evolution. 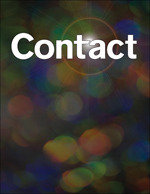