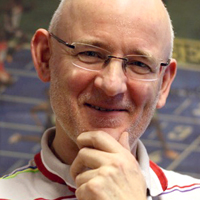 Tony Harcup is an Emeritus Fellow of the University of Sheffield whose writing about journalism can be found on reading lists around the world and has been translated into Chinese, Korean and Polish, among other languages.

Before moving into journalism education, Tony spent many years working as a staff and freelance journalist on alternative and mainstream media ranging from small local weekly publications to national newspapers, magazines and websites.