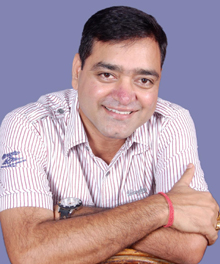 Veerendra Mishra is Secretary, Central Adoption Resource Authority (CARA), Ministry of Women and Child Development, Government of India. Earlier, he was Assistant Inspector General (CID) with Madhya Pradesh Police. He was awarded the prestigious Hubert Humphrey Fellowship (under Fulbright Scholarship) on the subject of human trafficking during 2012–2013. He has extensively studied the workings of police—both local police bodies and international bodies such as the United Nations Police (UNPOL). He served in three UN missions—in Bosnia–Herzegovina, Kosovo, and East Timor. He stayed in East Timor for five months and was instrumental in preparing training modules for community policing training to community members of the country, as a pro-bono consultant of the Asia Foundation.

Dr Mishra did his PhD on “Changing Image of Police: An Empirical Study” from Barkatullah University, Bhopal, in 2004. He has authored a book titled Community Policing: Misnomer or Fact (SAGE, 2011) and edited another book, Human Trafficking: The Stakeholders’ Perspective (SAGE, 2013). He also writes fiction; he has written a short-story book, and contributed stories in the Chicken Soup Soul series. He recently co-produced and co-directed a documentary film titled Do I Have a Choice, which is on the community-based sexual exploitation of Bedia community.
Combating Human Trafficking
Human Trafficking
Community Policing